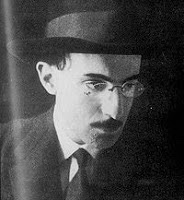 I am sending you with this letter copies of sixteen poems of mine, fifteen of which are representative of the work contained in a book of English poems which I find myself to have written.
Putting aside for the moment the opinion I myself may form from these poems, the fact remains that I cannont, of course, have any idea, not of the objective, but of the (so to speak) temporal, value of these poems. Hence I cannot rightly measure what probabilities attach to a publication of them.
You will be the best judge of this, and, seeing that you have extensively published modern English poetry, I send you these poems as a sort of inquiry whether you would be disposed to publish a book the substance of which is precisely on the lines which these poems represent.
The book would cover about 200 pages, taking as typical page that of, say, your edition of Ernest Dowson's poems. It would include no long compositions -- none longer, I believe, than the Fiat Lux sent you. I have indeed longer poems written in English, but these could not be printed in a country there is na active public morality; so I do not think of mentioning them in this respect -- that is to say, in respect of a possibility of their being published in England.
The circumstances attending first-hand criticism have in all times been so uncertain, that I hope you will no be offended if I ask you to read the poems more than once, or so to have them read. Their chieg merit, if they have one, is precisely in that they do no enter into the stream of any current poetical movement -- except, perhaps, the Portuguese «sensationist» movement, of which I am the leader --; so that, the more cultured and educated the critic of them is,  the more likely he is to find a pitfall for is judgement, for the less improbable is it that his mind is already herdened in a definite mould.»
These poems contain, here and there, certain eccentricities and peculiarities of expression; do not atribute these to the circumstance of my being a foreigner, nor indeed consider me a foreigner in your judgement of these poems. I pratice the same thing, to a far higher degree, in Portuguese. If, however, you prefer to consider these modes or strangeness as the wild cats of the imagination, I hope you will let me lay claim to sowing them consciously.
The fact is that these are forms of expression necessarily created by na extreme pantheistic attitude, which, as it breaks the limits of definite thought, so must violate the rules of logical meaning. The poems I am sending (and the others I have referred to) are, however, the mildest in this sense; I spare you all special reference to the poems which properly represente what I cal the «sensationist attitude», save that, to give you some idea of the thing meant, I add to the fifteen poems a sensationist poem in English. This, as stated, does not belong to the book.
Please adress your reply to: Fernando Pessoa -- Director de «Orpheu» -- Rua do Ouro, 196 -- Lisboa.
Awaiting with much interest your opinion, and thanking you for it in advance, I am, Sir,
Yours faithfuly, 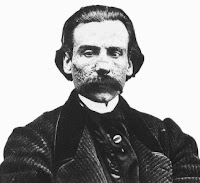